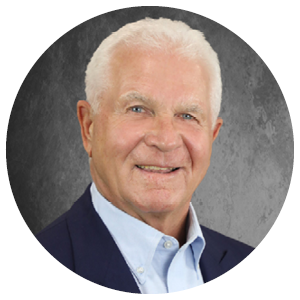 We hear all over the streets of Kitchener-Waterloo, “What’s with all of these new condo projects being planned in our community?”

Well, in 2005 the Ontario Government tabled it’s “Places to Grow Act: Growth Plan for the Greater Golden Horseshoe.” The fundamentals of this plan were:

Fast forward 17 years, and we are seeing exactly that in these new projects being proposed and built in Kitchener-Waterloo. Naturally, the construction of the LRT helped significantly to make this plan a reality. The bottom line is, we just can’t keep expanding out to the countryside or we will lose our valuable farm land and our employment lands.

This long term vision is exactly what communities like ours need.

More People On the Same Land >

The city plans to open an incubator in a former downtown bank for startups focused on social, environmental and equity related technology.

The incubator will be located in the former Bank of Montreal building at 2 King St. W., at the corner of Queen Street. The $750,000 capital and operating costs for the three-year pilot will be covered by the city’s economic development investment fund.

The city had purchased the building in 2020 for the possible future expansion of TheMuseum, and its temporary use as an incubator for social entrepreneurship will not interfere with those plans, said David Marskell, TheMuseum’s chief executive officer.

The incubator will be called the SDG Lab after the Sustainable Development Goals issued by the United Nations — a call to action for all levels of government in the fight against climate change. About 192 countries have signed it, including Canada.

If approved by city councillors later this month, the 21,000-square-foot building would become an innovation hub overseen by the Region of Waterloo’s small business centre. It was enthusiastically supported by city councillors at a finance committee meeting, paving the way for council approval on Feb. 28.

The SDG Lab will focus on private-sector, profit-driven startups. 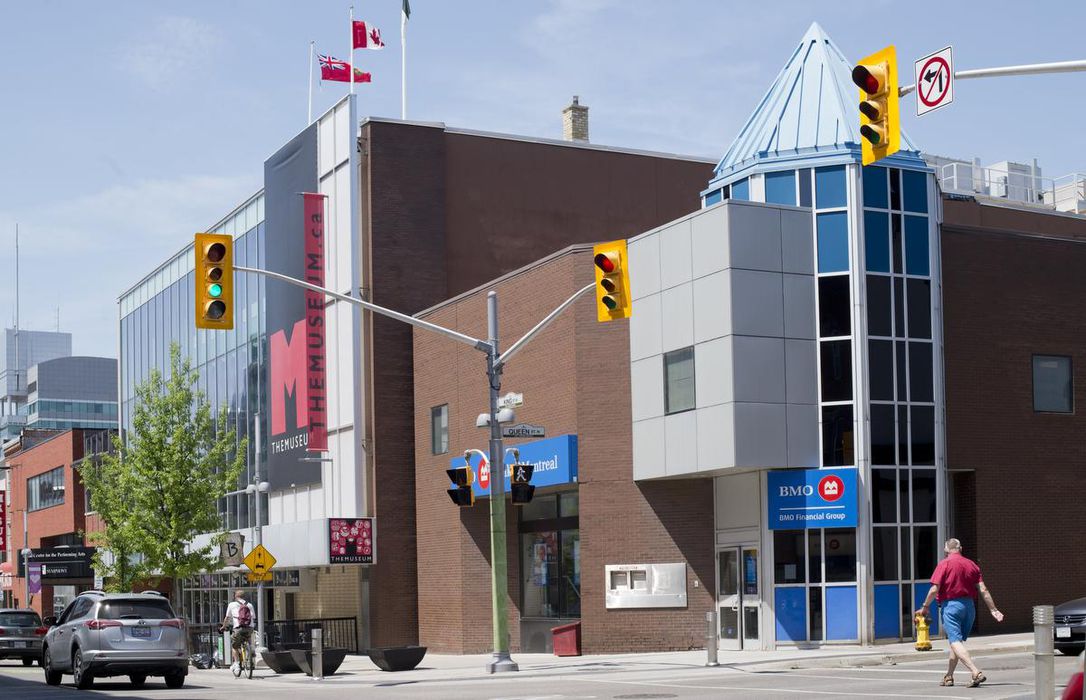 A new startup incubator will be located at the former BMO location in Downtown Kitchener.

Get this newsletter sent to your inbox

As the pandemic slowly recedes, the vacancy rate for downtown commercial real estate has dropped two percentage points, available industrial space remains almost non-existent and the region’s booming multi-residential sector will remain attractive to investors from outside the area. The caution of the past two years will be replaced by more and bigger deals for office space.

Turnkey spaces and new supply delivered in the last development cycle will begin to pick up traction as companies and employees place emphasis on the need for best-in-class product and amenities for their eventual return to the office. 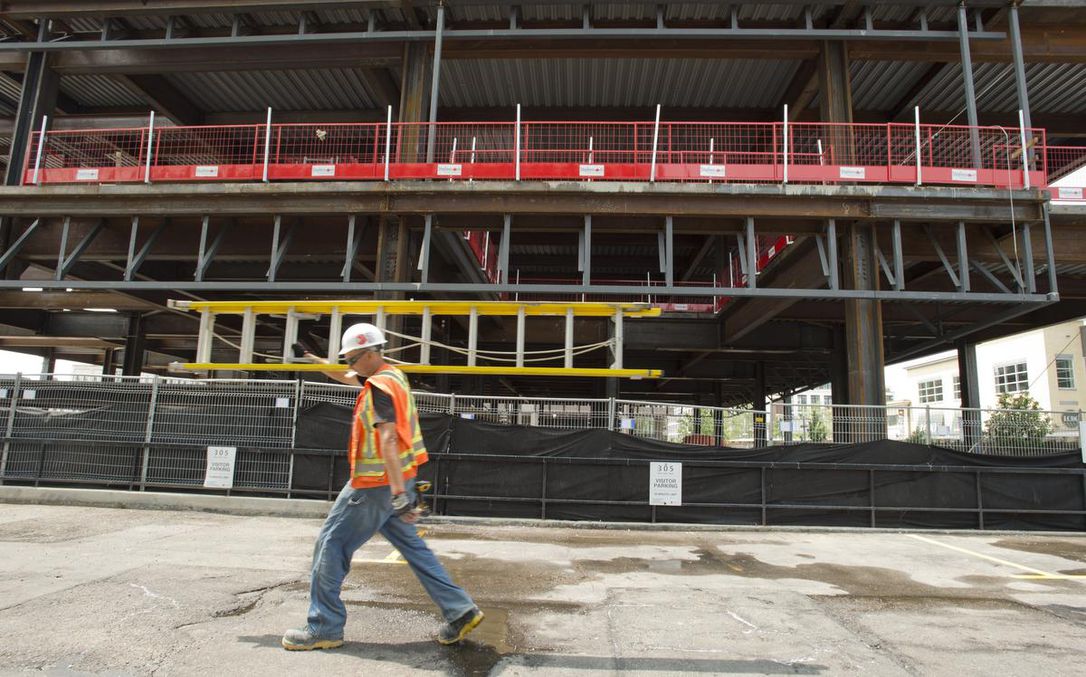 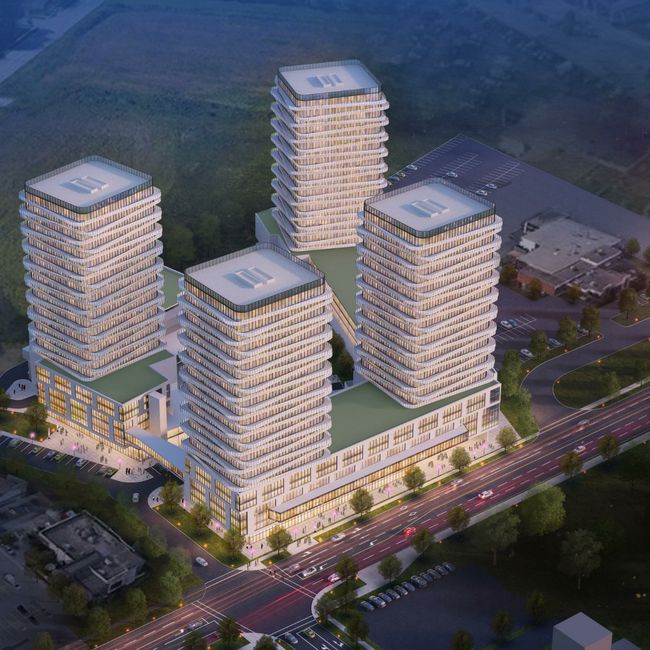 A multi-residential development that would stand 25 storeys tall, with four, 19-storey towers atop a shared, six-storey podium is being proposed for a 2.6-hectare site at 435 King St. N. in Waterloo, between the Parkway Ford dealership and Wildcraft restaurant.

1,088 residential units (1,964 bedrooms) are proposed with a mix of one-, two- and three-bedroom units, as well as 5,587 square metres of non-residential floor area. The podium would contain commercial and office uses, convertible (live-work) units and residential units.

Towers are spaced to provide natural light on rooftop amenity areas. WalterFedy architects created a design with glass balconies wrapping the towers. Along the King Street frontage, the podium design includes a significant amount of glazing with higher ceilings and large glass windows.

The development would be accessed from the existing signalized intersection at King Street North and Blue Springs Drive. An internal perimeter road would circle the podium.

Spring Things to Do in Waterloo Region

Perimeter Development has announced the acquisition of an industrial property in Ayr, Ontario.

Ayr Industrial and Logistics Park is located in the Township of North Dumfries and the Region of Waterloo, making it close to essential services and an available and growing workforce. 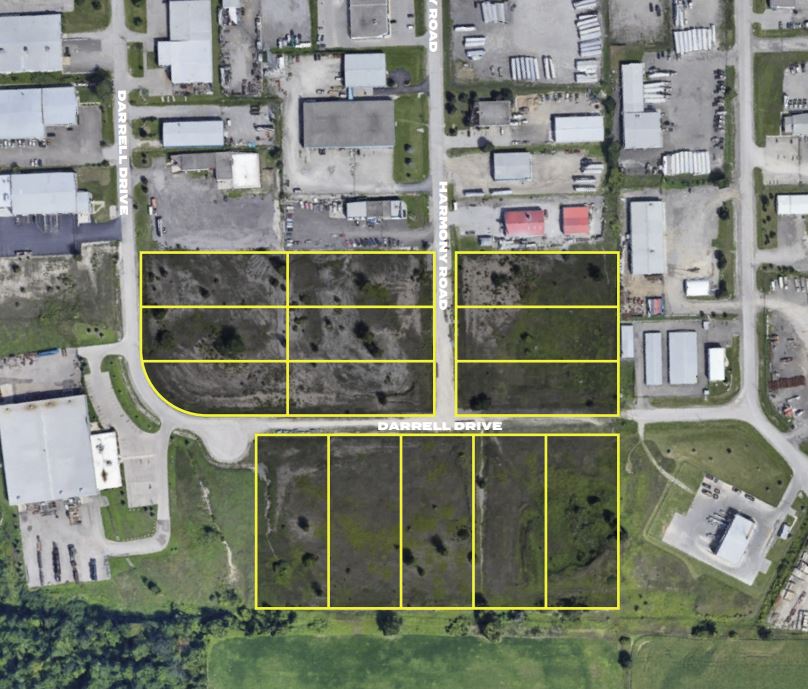 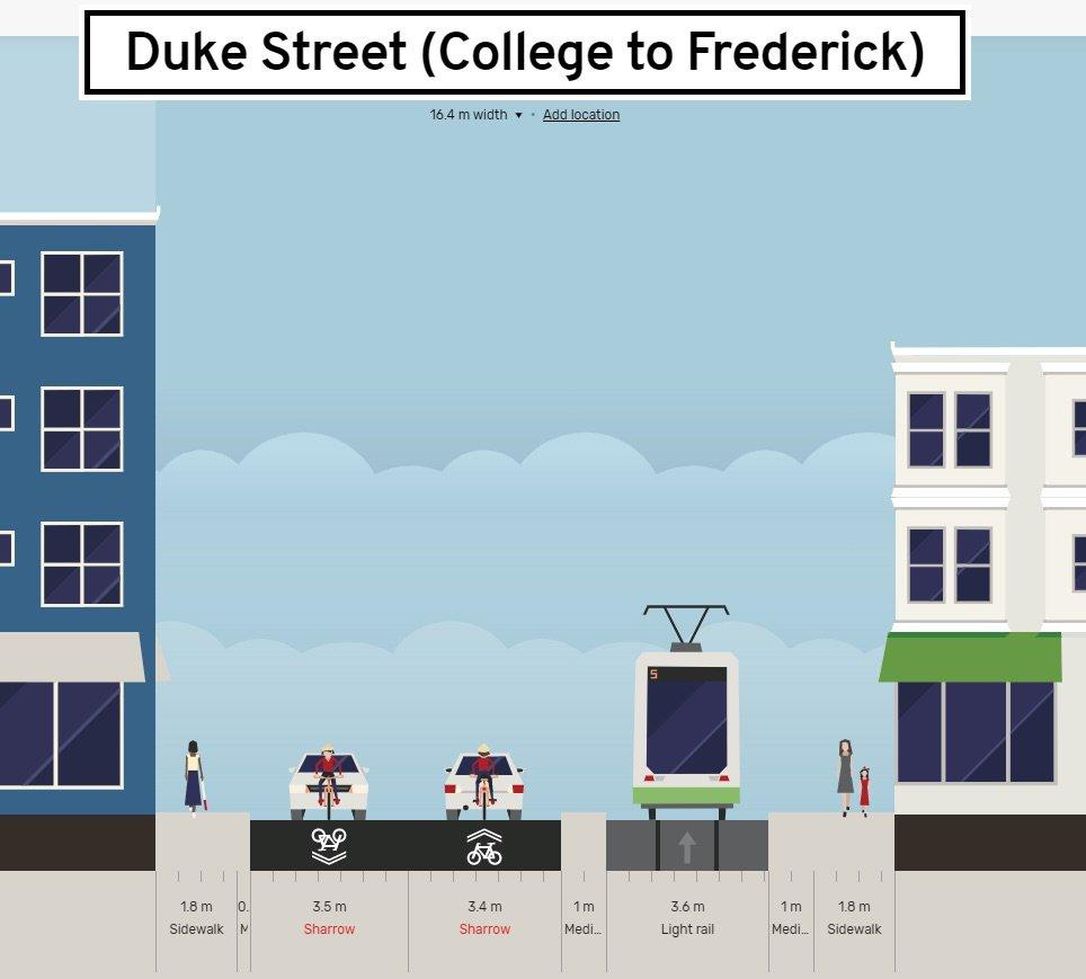 Kitchener’s Duke Street could be transformed to discourage cars, favour transit and cyclists

The Region of Waterloo is considering transforming a stretch of Duke Street into a “neighbourhood bikeway” that discourages most vehicles from using the street.

The new type of street would be the first in the Region, though the design is similar to the way Toronto changed King Street to prioritize transit and make it friendlier for cyclists.

Cars would only be able to travel one block on Duke before being required to turn left or right. Buses and light rail trains, cyclists and emergency vehicles would still be able to go straight along Duke. The change “would effectively eliminate Duke Street as a thoroughfare and repurpose it as an access road for addresses on Duke Street,” says a report on the project that went to regional councillors.

“We have seen the concept in other jurisdictions in Ontario, successfully implemented, but I’m not aware of any in the Region,” project manager Darryl Spencer told regional councillors at a meeting this week.

looking for office or industrial space?

How Waterloo replaced 31 dwellings with 565 units

A new report shows where fast-growing Waterloo is putting more people onto the same land, as it leads Kitchener and Cambridge toward a denser future.

This works out to 18 times more housing occupying the same space, maintaining the pace set in 2020 when Waterloo authorized the demolition of 29 dwellings to be replaced by up to 657 new units.

Unlike Kitchener and Cambridge, Waterloo is almost out of vacant land for new suburbs. With nowhere to spread out, city hall has sought to intensify the way land is used. 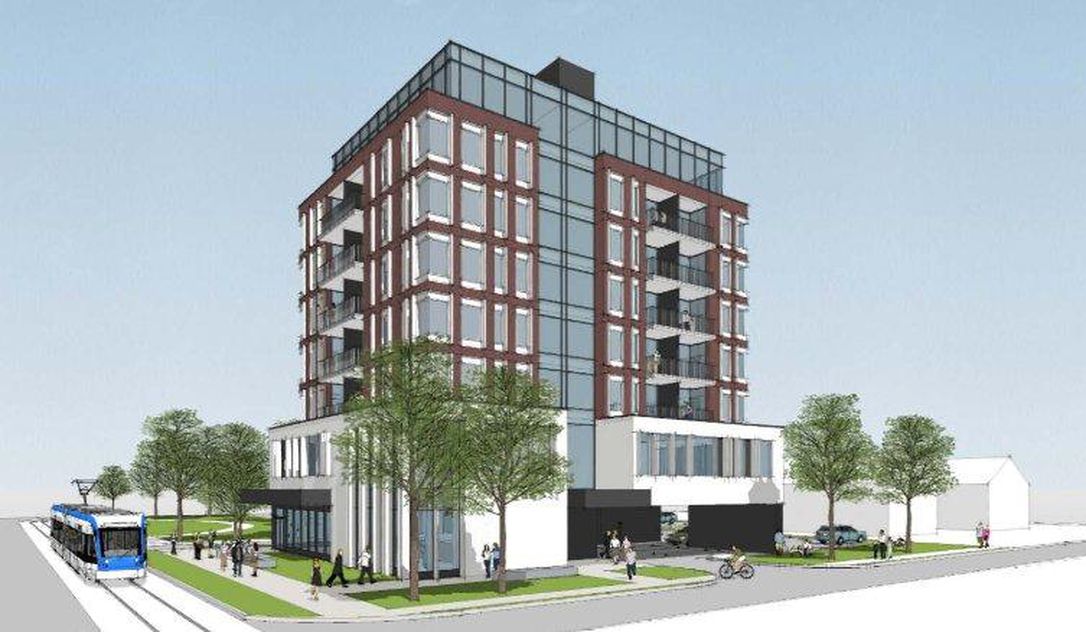 A building permit is under review for this approved redevelopment at 168 King St. S. in Waterloo. City hall approved demolition of a three-storey building on this site last October.

eSentire raised $350M of primary and secondary capital in a round led by Georgian Partners and the Caisse de depot, valuing the firm at over $1B.  They claim over $100M of annual recurring revenue and plan to hire 450 additional people.

RouteThis raised $25M in a round led by Inovia Capital with funds also coming from Intel Capital, Round 13, Garage Capital and others.  They also took on a $3M line of credit.  Kudos to BetaKit and RouteThis for transparent reporting – often primary equity, secondary share sales and debt all get lumped into building a big headline number that’s not accurate.

DOZR, the leader in marketplace heavy equipment rentals, announced that it has raised $27.5 million CAD in Series B funding. This raise is a key player in the recent funding fueling Canadian construction tech sector growth. As the world’s first comprehensive online search for heavy equipment, DOZR has changed the digital future of rentals by empowering users with transparent access to suppliers across the continent.

Intellijoint closed 2021 with 100% year-over-year growth in both revenue and number of surgical procedures.

Mappedin has signed up the municipalities of Waterloo, Kitchener and Orangeville to their first responder pilot, sponsored by the US Department of Homeland Security. They expect to complete their initial implementation by the end of April 2022.

Nicoya raised $20M in financing led by Whitecap Ventures along with contributions from Agilent, EDC, BDC Captial, MaRS IAF, Garage Capital and others. The company hired 20 people last year and are looking to hire an additional 30-40 this year. They have over 500 customers.

Kitchener councillors have approved an eight-storey tower for the long-abandoned former Electrohome property in the residential neighbourhood of Duke and Shanley streets in Kitchener.

“This is a long-time coming,” Coun. Sarah Marsh, who represents the Mount Hope area, told councillors at a council committee meeting last week.

The derelict building sat empty for more than two decades and after much discussion with the developer, the city and residents in the surrounding neighbourhood, a proposal was put forward that most could accept.

“It’s something we needed — three bedrooms. It will be a beautiful building and add to our housing options,” said Coun. Dave Schnider. In addition to one-bedroom and two-bedroom units, the developer added seven three-bedroom apartments to the building.

The L-shaped building will feature 166 units with 133 surface and underground parking spots, most of them underground.

After consultation with the neighbourhood in which a “vision statement” was created, changes were made to the original plans. 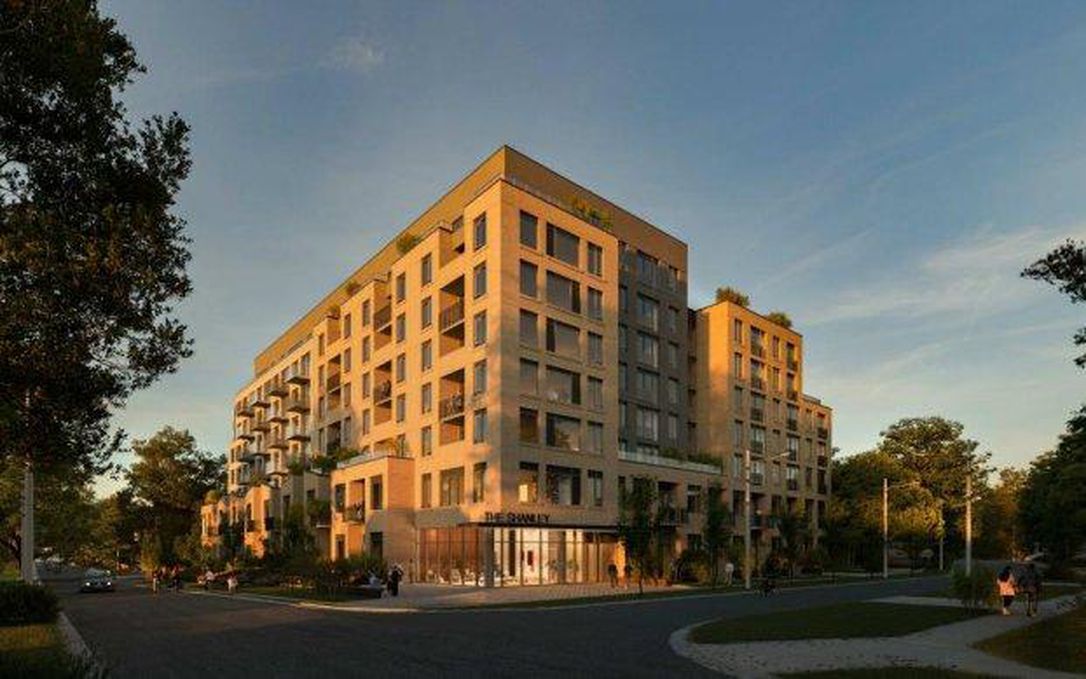 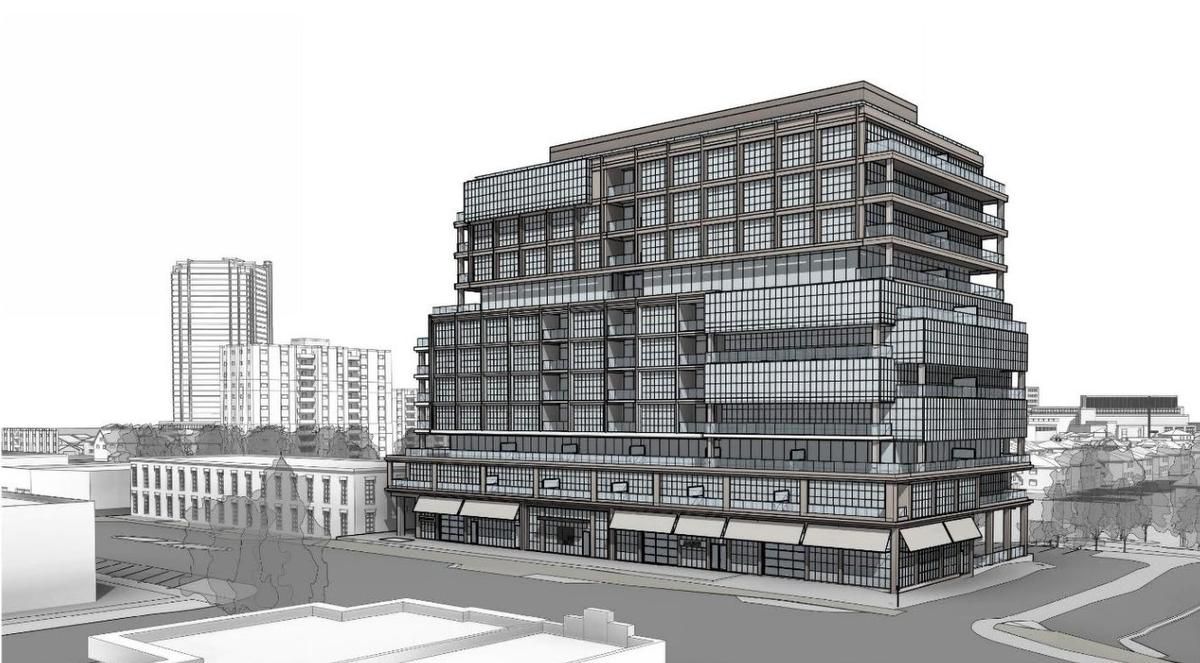 A Condo Will Be Built in Belmont Village

City of Kitchener, councillors have voted in favour of the controversial highrise development. 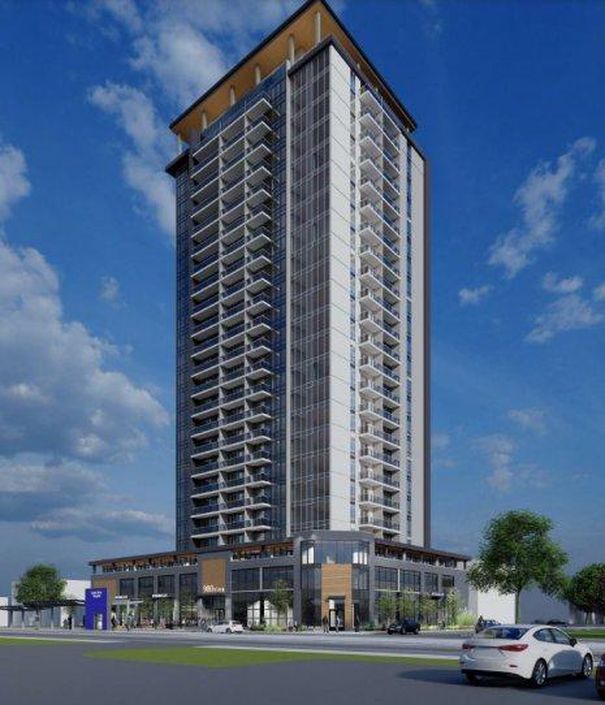 25 Storey Tower to Be Built at King & Pine

The building will have 231 units and 108 parking spaces, along with 270 bike stalls and spots for electric vehicles. 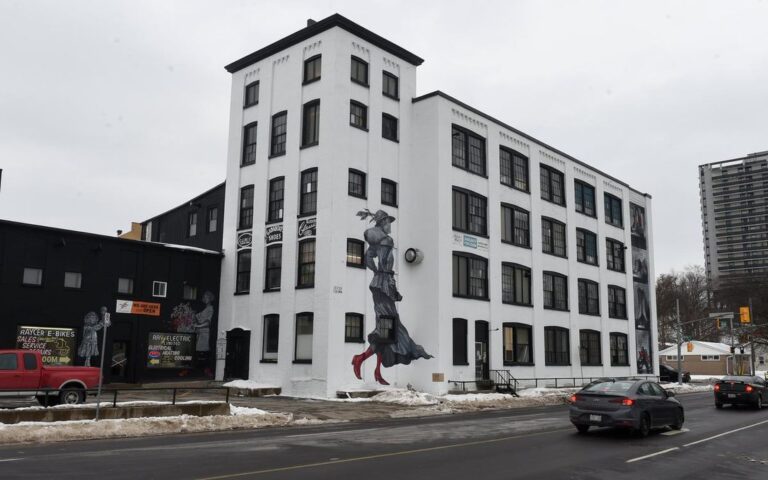 One of Cambridge’s most iconic industrial buildings just got a facelift. Fresh paint and upgrades to the former Scott Shoe Co. building, also commonly known as the Ray Electric building, brings history back to this Park Hill Road fixture.

“We’re big believers in revitalizing older buildings, and this one obviously has a great history and incredible bones,” said Ben Ames, chief investment officer and partner at Forge & Foster, the Hamilton-based company behind the revitalization project.

Forge & Foster purchased the building early last year and started renovations right away. Upgrades to the historic building include new windows and lighting, new flooring and a fresh paint job with a mural that acknowledges the building’s history as a former shoe factory. Originally known as the Getty and Scott Shoe Co., this site employed hundreds of people at the beginning of the 20th century and was one of many shoe factories in Waterloo Region.

America Latina Grocery & Eatery is located at 1120 Victoria St N and serves up tacos, pupusas and churros along with a wide range of Latin grocery products.

Sweet & Savoury Pie Company has opened two new locations, one at 94 King St S in Uptown Waterloo and one at 263 Northfield Dr E at the Blackstone Condos.

271 West has relocated to the Charlie West building at 60 Charles St W in Downtown Kitchener.